The National Cadet Corps is Youth Wing of Armed Forces with its Headquarters at New Delhi, Delhi, India. It is open to school and college students on voluntary basis. National Cadet Corps is a Tri-Services Organization, comprising the Army, Navy and Air Wing, engaged in grooming the youth of the country into disciplined and patriotic citizens. The National Cadet Corps in India is a voluntary organization which recruits cadets from high schools, higher secondary, colleges and universities all over India. The Cadets are given basic military training in small arms and parades. The officers and cadets have no liability for active military service once they complete their course.NCC is the largest uniformed youth organization. Its motto is 'Unity and Discipline'.

EMEA College NCC Unit has been established in 2013 with an intake capacity of total 54 cadets enrolling 18 cadets every year. The enrolment for the year 2018-19 was done on 30th July 2018. More than 120 students turned out, and 18 students were enlisted following physical test and an interview. Crowning ceremony was held and 13 cadets were given ranks and subsequent duties

National Cadet Corps NCC of EMEA College took the anti-drug pledge as part of the Nasha Mukt Bharat campaign on 15 October 2020. The campaign was conducted online via zoom platform. There were 32 cadets, and the pledge was recited by Lt Abdul Rasheed, NCC officer, and the cadets repeated after.

A webinar on National Education policy 2020 has been conducted by National Cadet Corps (NCC), EMEA College of Arts and Science, Kondotty on Tuesday, 13th October, 2020. It was organised online via Google Meet platform. The webinar started as per the schedule at 4 pm and finished at 5.30 pm.

NCC conducted an anti-narcotics campaign along with Vimukthi of Excises Department. B Harikumar delivered a session. It also conducted an eye-check up camp in association with Al-Salama Eye Hospital on campus.

Independence rally was conducted at Kumminiparamb on 15th August. Cadets distributed sweets to the public on the same day. 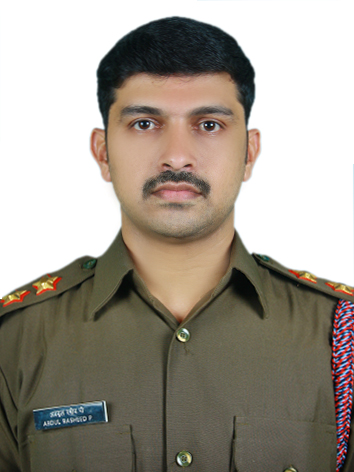